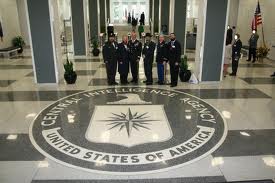 The announcement by President Barack Hussein Obama that the United States will arm Syrian rebels is somewhat making an already existing act official with the latest reports on the Syrian crisis.

According to US media reports, the CIA and US special operational troops and have been training Syrian rebels secretly at bases in Jordan and Turkey since November 2012. Up to 100 from all over Syria have gone through courses in the last month alone.

One of such US covert training session, conducted by American, Jordanian and French forces, has allegedly been taking place in Jordan for the last month or so, the newspaper cited Brig. Gen. Yahya Bittar, the head of intelligence for the Free Syrian Army.

The exact number of rebels given instruction in both countries since the training began at a new American base in southwest Jordan could not be determined. But according to a different rebel commander the training in Jordan involves 20 to 45 insurgents at a time.

The training reportedly started months before President Obama approved sending arms to anti-Assad rebels for the first time in mid-June. The secret courses have involved fighters from the Free Syrian Army, according to US official, who spoke to the newspaper anonymously. They have been selected when US military set up supply lines to provide non-lethal assistance to rebels, according to the official.

“Those from the CIA, we would sit and talk with them during breaks from training and afterward, they would try to get information on the situation inside” Syria, said the commander, who helps oversee weapons acquisitions.

Graduates are sent back across the border to re-join the fight, Brig. Gen. Bittar said.  The rebels have been promised supplies of armour-piercing anti-tank weapons and other arms to resist President Assad’s army, the Dara commander said. 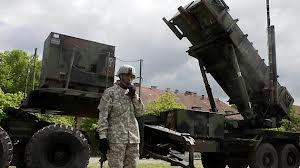 Since last year, the weapons sent through the Dara military council, apparently from Qatar, Saudi Arabia and other Arab countries, have included four or five Russian-made heavy Concourse anti-tank missiles, 18 14.5-millimeter guns mounted on the backs of pickup trucks and 30 82-millimeter recoilless rifles, the commander told the newspaper.

“I’m telling you, this amount of weapons, once they are spread across the province [of Dara] is considered nothing,” the rebel commander was quoted as saying. “We need more than this to tip the balance or for there to even be a balance of power.”

The White House and CIA officials have declined to comment on the alleged training programs while other US officials have confirmed the training, though disputed details provided by rebels.
Jordan and Turkey also appeared in another recent report by the Washington Post citing US officials said that CIA is preparing to deliver arms to rebel groups in Syria through its bases in these two countries.

“The bases are expected to begin conveying limited shipments of weapons and ammunition within weeks,”the report read. “We have relationships today in Syria that we didn’t have six months ago,” the WP quoted Benjamin J. Rhodes, Obama’s deputy national security adviser, as saying.

Meanwhile, Syrian rebels have confirmed the shipment of new weapons from “friendly countries” to battle the government forces, according to spokesman for the opposition fighters, Loay Al Mikdad. The shipment, the representative assured, did not come from the US. Earlier this month the Associated Press also learned that the Gulf States delivered new anti-tank missiles and anti-aircraft missiles to the opposition.

The surge in weapons shipments follows US claims earlier in June that it had strong evidence that the government has used chemical weapons against opposition forces contrary to an earlier finding the UN in May, with lead investigator Carla Del Ponte concluding that the rebels were behind at least one chemical weapons attack.

Following the announcement, US officials claimed that President Obama authorized sending weapons to Syrian rebels, without providing much detail. The Syrian insurgent are awaiting the US shipment. “We believe that the United States will implement its commitments to us very soon," Al Mikdad said on Friday.

Speaking at the Russian economic forum on Friday, President Vladimir Putin has once again said that the West should not arm the rebels because they include “terrorist” groups. “If the United States ... recognizes one of the key Syrian opposition organizations, al-Nusra, as terrorist ... how can one deliver arms to those opposition members?” Putin said, adding “where will (those weapons) end up? What role will they play?”

“It's clear that without deliveries from abroad, what is happening in Syria now would simply be impossible. Money is going in, weapons are going in, and well trained armed groups are going in,” Putin said.

The escalation of tension around the Syrian conflict coincides with an international effort, agreed by US and Russia in May to bring all parties and major regional player to the negotiating table. The date for the Geneva 2 conference has not been set. But in light of recent developments Russia is beginning to doubt US intentions.

“The [West’s] message the opposition is getting: ‘Guys, don’t go to Geneva. Don’t say that you are going to negotiate with the regime. Soon things will change in your favour,’” Russia’s FM Sergey Lavrov told Bloomberg on Friday. “So, that’s what we want to clarify. It’s either the conference or the instigation of the opposition not to be flexible. I don’t think it’s possible to do both at the same time.”
Courtesy: Russia Today
Posted by Unknown at 15:44 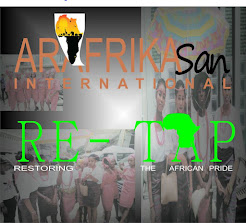